Clinical Kinesiology was developed by Dr. Alan Beardall DC from the work of Dr. George Goodheart DC.  In the 1960’s George Goodheart  developed and expanded the use of traditional muscle testing (carried out by doctors to assess neurology and range of motion) into what became known as Applied Kinesiology.

He linked particular muscles to meridians, acupuncture points and specific nutrients that would bring balance to the body.   He discovered there were 3 things that could cause imbalances:

Kinesiology is a way of working with the body’s own energy system to find out imbalances structurally, emotionally and physically.

It helps to identify where the body is holding stress and what could be causing it. I have been using muscle testing for over 20 years and it’s invaluable in finding out what is going on at a sub-clinical level.  That means identifying an imbalance before it gets to the level where it can be measured in a lab test.  It can help you identify any emotional factors that might be having an effect on your health and it can show you which foods and nutrients can support you or deplete you. 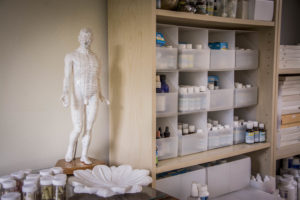